Manikarnika, the daughter of the King of Jhansi, refuses to bow down when the East India Company tries to annex the kingdom. Her rebellion soon turns into a fiery revolution against the British Raj.

Rani (the Queen) of Jhansi, located in northern part of India, was one of the leading figures of the Indian Rebellion of 1857, and a symbol of the resistance to British rule in India. She has gone down in Indian history as a legendary figure, the firebrand who began the Indian Revolution against British colonialism.

She was born to a Maharashtrian family at Kashi (now Varanasi) in 1835. At a tender age of four, she lost her mother. Her father raised her in an unconventional way and supported her to learn to ride elephants and horses. She also took formal training in martial arts, which included horse riding, shooting and fencing.

In 1842, she married Maharaja of Jhansi, Raja Gangadhar Rao Niwalkar. On wedding day, she was given the name Lakshmi Bai. Her wedding ceremony was held at the Ganesh temple, located in the old city of Jhansi.

In 1851, she gave birth to a son. Sadly, the child did not survive more than four months.

In 1853, Gangadhar Rao fell sick and became very weak. So, the couple decided to adopt a child. To ensure that the British did not raise an issue over the adoption, Lakshmi Bai got this adoption witnessed by the local British representatives. On 21st November 1853, Maharaja Gangadhar Rao died.

During that period, Lord Dalhousie was the Governor General of British India. The adopted child was named Damodar Rao. As per the Hindu tradition, he was their legal heir. However, the British rulers refused to accept him as the legal heir. As per the Doctrine of Lapse, Lord Dalhousie decided to seize the state of Jhansi. Rani Lakshmi Bai went to a British lawyer and consulted him. Thereafter, she filed an appeal for the hearing of her case in London. But, her plea was rejected. The British authorities confiscated the state jewels. Also, an order was passed asking the Rani to leave Jhansi fort and move to the Rani Mahal in Jhansi. Laksmi Bai was firm about protecting the state of Jhansi.

In March 1854 Rani of Jhansi was granted an annual pension of 60,000 and was ordered to leave the Jhansi fort. She was firm on the decision not to give up the dominion of Jhansi to Britishers.

She strengthened its defense and assembled a volunteering army. Women were also given military training. Rani’s forces were joined by other warriors and their forces, often from nearby villages or other regions/kingdoms. 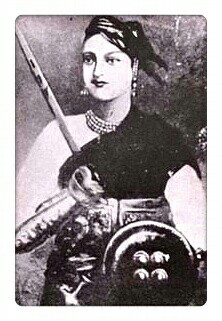 The Battle for Jhansi (Rebellion of 1857)

Jhansi became the focal point of uprising. Rani of Jhansi began to strengthen her position. By seeking the support of others, she formed a volunteer army. The army not just consisted of the men folk, but the women were also actively involved. Women were also given military training to fight a battle. She assembled 14,000 rebels and organized an army for the defense of the city.

Meanwhile, unrest began to spread throughout India and in May of 1857, the First War of Indian Independence erupted in numerous pockets across the northern subcontinent. During this chaotic time, the British were forced to focus their attentions elsewhere, and Lakshmi Bai was essentially left to rule Jhansi alone.

This would become the starting point for the rebellion against the British. It began after rumors were put that the new bullet casings for their Enfield rifles were coated with pork/beef fat, pigs being taboo to Muslims and cows sacred to Hindus and thus forbidden to eat. British commanders insisted on their use and started to discipline anyone who disobeyed. During this rebellion many British civilians, including women, and children were killed by the sepoys. The British wanted to end the rebellion quickly.

From the period between Sep-Oct 1857, Rani defended Jhansi from being invaded by the armies of the neighboring rajas of Orchha and Datia. During this time, her qualities were repeatedly demonstrated as she was able swiftly and efficiently to lead her troops against skirmishes breaking out in Jhansi. Through this leadership Lakshmi Bai was able to keep Jhansi relatively calm and peaceful in the midst of the Empire’s unrest.

In January 1858, the British army headed it’s away towards Jhansi. In March 1858, when the Britishers attacked Jhansi, Rani Lakshmi Bai’s army decided to fight and the war continued for about two weeks. The shelling on Jhansi was very fierce. In the Jhansi army, women were also carrying ammunition and were supplying food to the soldiers. Rani Lakshmi Bai was very active. She herself was inspecting the defense of the city. She rallied her troops around her and fought fiercely against the British.

An army of 20,000, headed by the rebel leader Tatya Tope, was sent to revive Jhansi and to take Lakshmi Bai to freedom. However, the British, though numbering only 1,540 in the field so as not to break the siege, were better trained and disciplined than the “raw recruits,” and these inexperienced soldiers turned and fled shortly after the British began to attack on the 31st March. Lakshmi Bai’s forces could not hold out and three days later the British were able to breach the city walls and capture the city. The army fought very bravely, but finally, the Britishers succeeded in the annexation of the city.

After a fierce war when the British army entered Jhansi, Rani Lakshmi Bai, tied her son Damodar Rao to her back and fought bravely using two swords with both her hands. She escaped to the fortress of Kalpi under the cover of darkness and was accompanied by many other rebels.

She died on 18 June, 1858 during the battle for Gwalior with 8th Hussars that took place in Kotah-Ki-Serai near Phool Bagh area of Gwalior. She donned warrior’s clothes and rode into battle to save Gwalior Fort, about 120 miles west of Lucknow in what is now the state of Uttar Pradesh. The British captured Gwalior three days later. In the report of the battle for Gwalior, General Sir Hugh Rose commented that the Rani, “remarkable for her beauty, cleverness and perseverance” had been “the most dangerous of all the rebel leaders”.

It is believed that, when she was lying unconscious in the battle field, a Brahmin found her and brought her to an ashram, where she died on 18th June of 1858.

Because of her bravery, courage, and wisdom, and her progressive views on women’s empowerment in 19th century India, and due to her sacrifices, she became an icon of Indian independence movement. The Rani was memorialized in bronze statues at both Jhansi and Gwalior, both of which portray her on horseback. Her story became a beacon for the upcoming generations of freedom fighters.

Lot of literature has been written on the life history of Rani Lakshmi Bai of Jhansi. Heroic poems have been composed in her honor. 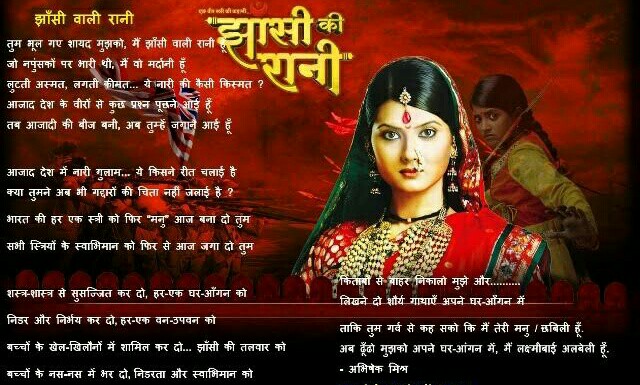 To know more about Rani Lakshmi Bai, click on the links below:

3) Know more about the Queen of Jhansi

Students from India working for the dream of Dr. A. P. J. Abdul Kalam - for the better future of humanity. View all posts by Vargshikshak

A tribute to People’s President

सर्वे भवन्तु सुखिनः सर्वे सन्तु निरामया:।
(May all be prosperous and happy, may all be free from illness)