I wasn’t exactly ill, but some health issues had popped up. For treatment, I had to visit a government hospital. Again, hospital mentioned, it was a bit serious. That day, I borrowed bicycle from a friend as I had plans to meet my sister once the check-up was done. I reached the hospital fifteen minutes to 12 noon. I queued for taking a token for doctor’s appointment. The window was to close at 12. Just as my turn came, I noticed a very poor and aged lady; very old, of about 80 years standing behind me with a little boy. She seemed worried and confused. I asked her what the matter was. She said, “This is my grandson Rohitya (Rohit Daware) and he has been bitten by a dog.”

She had no idea what was to be done. I took a token for myself and another for the old lady. She did not seem to have any money, so, I did not bother to ask. It was a nominal fee. I paid it and gave her the token, telling her to meet the doctor and take whatever treatment they recommended. She told me that she didn’t understand anything.
I took her to the section which offered treatment for dog-bites. Meanwhile, I talked to the little boy. He must be studying in 4th or 5th grade, I was trying to guess. I asked him how he got the bite. He narrated the story and I listened. I had to meet my sister after my appointment. Mother had sent a packet of snacks for her from our hometown. I took the lady and her grandson to their doctor in a hurry. When I told her that now the doctor will come and have her grandson checked up and treated, she asked me to wait with them. I decided to wait. We met the doctor. He told us that the boy had bled and had to be administered injections. For that, he was required to get admitted for a few hours. I did not have enough money to pay for the medicine and a few other charges.

The old lady having any money was out of question. I explained the whole situation to the doctor. Public hospitals have a facility for free treatment of poor people. But, the old lady was not aware of how it was to be accessed. When the doctor asked her for a yellow ration card she could only provide an Aadhar card. Nor did the boy have any knowledge about it. Before this, an hour had elapsed. The boy was given a simple TT vaccine.By now, the doctor knew that I wasn’t related to the boy and was still waiting with him. Suddenly a man started shouting at the doctor for not attending him. The doctor calmed him down saying that he had to first treat the little boy as I was waiting without any relation with him. But I think every human is somehow related to another. Another doctor, hearing this, came to me. He saw the badges on my college bag and asked, “Do you work with an NGO?” I told him how I was coordinating an NGO at college for visually impaired students but none related to healthcare – I was just waiting because the old lady had requested me to. He suggested that I meet the Dean and request him to give his assent for free treatment.Talking to the boy, I came to know that he actually, was in 7th grade – rather supposed to be. I was shocked. He looked very little for his age but I realized that it was because of his weak and stunted body. Even though he was in that high a grade, he was unable to read properly. A thought crossed my mind – Next year according to the children’s education policy, he will most probably fail the exam and won’t study further. Many great people had worked their nights to bring this policy and yet here was this boy, unable to read. It was even more shocking to know that he was from nowhere else but the city – the educational hub #Pune.If such was the condition here, what do I possibly expect to see elsewhere? The doctor referred me to the Medical Officer. She then referred me to the Dean. Explaining the proceedings of the noon, I told him how neither the boy nor the old lady understood the procedure and that I too, had an appointment myself.It was 2 o’clock now. I still had time till 3:30. I showed the signatures and the nurse told the boy to lie down. But she said, “I cannot give you this medicine.” I told her that I had the necessary signatures but her problem was different. The medicine was out of stock. It was going to take an hour for it to be brought. I agreed. A person was sent to fetch it. I conversed with both of my new friends. I tried to convince them how education was important. I told the Aaji (grandma) that he must be educated. Aaji told me that his father worked as a sanitation worker and the rest, I understood. Now, the nurse asked me if the boy had had anything. On asking him he said, “I had tea in the morning.” But the dose which was to be administered was heavy and could not be given on empty stomach. I took him to the canteen but Aaji would not come. I gave her the packet of snack which I had with me and told her to keep it with her if she was not to come with us. It clicked something! The snack was destined to reach Aaji. It had travelled from my hometown and was going to go to my sister but maybe it was destined to reach Aaji. It felt a nice moment which suddenly made me believe this – no one can take away that which is destined to be yours.
We ate and returned. He got the injection. I took their leave but the nurse asked me to wait. “Aaji won’t be able to understand what his further treatment had to be”, she said. It was already 3:15. It was no use for me anyway to go for my appointment now. So, I let it go. I waited.

The boy was given a trial injection and then the whole dosage. The nurse explained me his further treatment. I explained it to him and to Aaji. He was to be brought to the hospital thrice more to complete his treatment.Aaji noted down my mobile number saying, “I will tell my son how you helped.” She continued babbling about having found God. I was astonished. This particular thought entered my consciousness – who is God anyway?

None other than a fellow human, I guess! There is God in humans, there is a Demon in humans. It’s just a matter of what one brings forward. But again as the words go… serving humanity is serving God. Must be…If great men and women served people as a worship of God, then who exactly was God? – The one who is helping or the one who is being helped?I was helping the boy believing that I was serving God. I do not deny the faith of worshipping the statues of Gods and Goddesses but I believe strongly, that helping is one of the best ways of worshipping God.Aaji and her grandson were thinking that I was God. I was thinking that they were God. True, every human has a God inside their soul. Helping there where it is needed is worship and worship is to God.I did get their call afterwards. I told his father to educate him and to complete his treatment. Later on, one day, I myself called him and asked if he had taken the treatment. He hadn’t. This was unfortunate. He said he hadn’t the money to take the bus again all the way to the hospital. The previous time, I had given them money to go back home from the hospital but now they had none. I told him to ask the bus driver to drop them. He wouldn’t have denied as it was to the hospital. The driver wouldn’t have restricted them.There aroused no question of paying anything at the hospital as they already had signatures with them. They only needed to show the signatures and take the treatment. A few days later, his father told me that he had taken him there and that the treatment was taken – whether he told this just to soothe me or had he really taken the treatment, I know not. 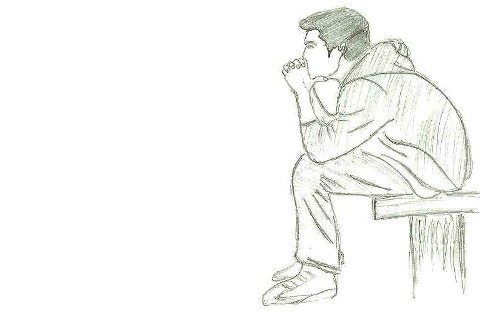 I saw and learnt and came to know a lot that day. How hard the doctors work.. How we are lagging behind in education… How sanitation workers are living… Aaji’s affection towards her grandson… Her hardships… Her solicitude… Government schemes not reaching the needy… and poverty.

Click here and Read our Old Blog on Humanity

Students from India working for the dream of Dr. A. P. J. Abdul Kalam - for the better future of humanity. View all posts by Vargshikshak

5 thoughts on “A HEAVEN IN POVERTY”

A tribute to People’s President

सर्वे भवन्तु सुखिनः सर्वे सन्तु निरामया:।
(May all be prosperous and happy, may all be free from illness)